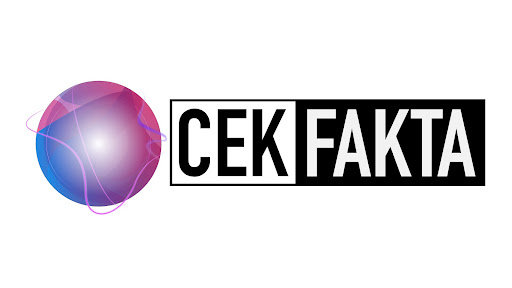 CekFakta.com was born from the spirit of collaboration. Established by three institutions: Indonesian Cyber Media Association (AMSI), Alliance of Independent Journalists (AJI) and Indonesian Anti-slander Society (Mafindo), the joint fact checking website represents an important milestone in the movement against mis-/disinformation in Indonesia.

CekFakta.com not only plays a part in making joint live fact-checking of political incidents popular, it also confirms the existence of a collective awareness among Indonesian fact-checkers of the danger posed by the proliferating hoaxes.

We are aware that the wave of hoaxes is a collective issue that must be countered together. This collective awareness is an important foundation to the establishment and strengthening of a fact-checking ecosystem that is crucial in the ongoing war against mis-/disinformation.

In its inception in early 2017, CekFakta.com was designed by AJI, AMSI and Mafindo activists to combine the work of digital media, civil society, journalists, and programmers. All of these elements are represented by the three founding organizations.

As an association of digital media publishers, AMSI has membership all over Indonesia. They are the frontliners in the distribution of fact-checking content that is jointly produced in CekFakta.com. In addition, the fact-checking channels within AMSI makes for a more massive and widespread movement across various provinces.

As a journalist association, AJI supplies the fact-checking manpower. From the beginning AJI has focused on using standardized modules to train thousands of journalists to become competent fact-checkers. AJI has also routinely engaged in training of trainers to expand the number of fact-checking trainers and mentors over the years.

Mafindo, on the other hand, has supplied the technological resources to provide the necessary infrastructure for CekFakta.com operations. The programmers in Mafindo have been involved in the development of the website, designing as a backend engine the content management system (CMS) called Yudistira.

In addition, with its broad network of civil society organizations, Mafindo has spearheaded the dissemination of public fact-checking movement, in groups that range from students and university students to housewives. Mafindo’s support for CekFakta.com serves as a bridge that connects the media and journalist communities with other communities that require fact-checking knowledge and skills.

When fact-checking movement began in Indonesia in late 2016, many were unaware of the complicated nature of mis-/disinformation that was rooted in a maze of issues. In the beginning, we believed that the proliferating hoaxes could be countered by educating the public with factually correct information. However, as time went by, we learned that providing accurate information alone was not enough. A solid media literacy education is necessary, in addition to strong fact-checking ecosystem that is in tune with the sociocultural characteristics of the various regions across the country. Ultimately, we realized that to combat hoax we needed the collaboration and the intelligent contribution of various stakeholders.

The meeting sparked a discussion on the potential for collaboration among the various fact-checking elements in anticipation of the influx of hoaxes during the general election which was slated for 2019. GNI introduced a number of collaboration models including the French Crosscheck. This initiative had successfully united various media in a collaborative forum to counter mis-/disinformation during the French presidential election.

Prior to that, in early 2017 Mafindo was invited by Google Indonesia to attend a one-day training on digital information verification by First Draft Australia. During the event, Mafindo discussed possible media collaboration for a joint fact-checking initiative. Google News Vice President Richard Gingras, who attended the meeting, encouraged Mafindo to continue the movement against mis-/disinformation, as the challenges to mitigate this issue will only continue to increase.

During meetings held between conference schedules, the Indonesian delegates began to plan a roadmap for the development of a joint fact-checking website and the responsibilities of every respective partner in the collaboration.

It is agreed that Mafindo would prepare the technology necessary for the launching of the website. Meanwhile, AMSI would assemble the support of digital media. AJI was tasked with bringing together and training fact-checkers, who were expected to be deployed immediately all over Indonesia.

Productive discussions continued among the leaders of the three founding organizations. These continued to solidify our conviction that a collaborative program must immediately be established. The launching of the fact-checking collaboration was important as the public became increasingly polarized, particularly by political issues, in the run up to the 2019 general election.

To initiate a discussion with editors-in-chief of digital media, GNI facilitated a meeting at The Westin Hotel in Jakarta on February 2, 2018. In the meeting, CekFakta.com initiators presented their plan to counter the increasing threat of hoax and the potentials that might be realized with the collaboration.

It was in this meeting that media chiefs for the first time voiced their support for the collaborative fact-checking initiative in Indonesia. They also expressed their commitment to join the initiative. The support was crucial to ensuring that the initiative could immediately be launched. It was also agreed that the website would take the domain name of CekFakta.com.

In addition, the editor-in-chief meeting agreed that newsroom collaboration was crucial for CekFakta.com to ensure fast and synergistic clarification of mis-/disinformation. Moreover, it was expected that the website could contribute to a more extensive dissemination of fact checking content through the network of collaborating media. All fact checking-based articles published on Cekfakta.com could also be run by every collaborating media outlet.

Afterward, a series of technical meetings were organized. The most crucial meeting was held at the Tempo office, attended by representatives of AMSI member cyber media. At the meeting, Mafindo was represented by Septiaji Eko Nugroho and Harry Sufehmi. Meanwhile, Ratna Ariyanti attended the meeting on behalf of AJI.

The issue stemmed from the fact that one of the principles of the collaboration was that every fact-checking content produced by a particular media outlet and then published on CekFakta.com would also be available for use by other media outlets for the good of the public. “Just on the fact checking issue, we ask that our fellows in the media could set aside their ego and their competitive nature,” was the request made by Mafindo. The meeting then proceeded to draft a declarative charter to be signed by the editors-in-chief of CekFakta.com collaborating media outlets.

The declaration was to be made at an event called Trusted Media Summit on May 5-6, 2018 at the Gran Melia Hotel di Jakarta. The signing of the declaration would officially mark the launching of CekFakta.com. Following the launch, the event, with its theme of “Cekfakta Sebelum Bicara” (CekFakta before speaking), would also feature information verification training by the GNI Training Network team.

On the day of the event, Director General of Public Information and Communication Niken Widiastuti, speaking on behalf of the Minister of Communication and Informatics, gave an opening remark. President of AJI Abdul Manan and Internews representative Brian Hanley gave an introduction to GNI Training Network, followed by a presentation by Mafindo on efforts that had been made to combat hoax in Indonesia. Afterward, Wahyu Dhyatmika from AMSI and Septiaji Eko Nugroho explained about the initiative that gave rise to CekFakta.com. Irene Jay Liu closed the session with an exposition on Google’s efforts to fight misinformation and disinformation.

From the beginning, unlike similar initiatives in other countries, CekFakta.com had been designed as a long-term collaboration. The collaboration was designed not only in preparation for the 2019 general election, but to go on as a means to combat various hoaxes in Indonesia.

During the event, AMSI Chairman Wenseslaus Manggut expressed his pride in witnessing the birth of this collaboration. “This project is the first and the only one in Indonesia where mainstream cyber media work together in a collaboration rather than in competition. We managed to set aside our rivalry for the greater good,” he said.

CekFakta.com demonstrates how stakeholders in the movement against hoax in Indonesia were willing to work together in the unquenchable spirit of collaboration. The collaboration also highlights the fact any call to collaborate for the greater good will be welcomed and answered despite the divisive and pervasive hoax in the community. (*)